Glaucoma is a vision-threatening disease that can cause optic nerve damage, most often from high pressure caused by poor drainage of a fluid (aqueous humor), which supplies nutrients to the cornea and lens. Glaucoma is one of the leading causes of vision loss, and involves progressive and irreversible damage to the optic nerve.

There are two basic types of glaucoma. They include:

Open-angle glaucoma is the most common type that occurs in approximately 90 percent of those who suffer from the disease. This condition can develop gradually and be undetected for years, slowly damaging vision.

Closed-angle glaucoma (also called angle-closure glaucoma), which is much more rapid in the onset, affects less than ten percent of glaucoma patients. Symptoms occur suddenly and are much more severe, but vision can be preserved with prompt, effective treatment.

Open-angle glaucoma signs and symptoms include:

Closed-angle glaucoma signs and symptoms include:

In open-angle glaucoma, the drainage channels in the angle (called the trabecular meshwork) are partially blocked, causing the aqueous humor to drain out of the eye too slowly. The exact cause of open-angle glaucoma remains unknown.

Closed-angle glaucoma occurs when the iris protrudes forward to narrow or block the drainage angle formed by the cornea and the iris. As a result, aqueous fluid can no longer reach the trabecular meshwork at the angle, so the eye pressure spikes suddenly.

Sometimes, glaucoma can be traced to a known cause, such as eye injury, inflammation, tumor, advanced cataract or diabetes.

In early stages of open-angle glaucoma, medicated eye drops or selective laser trabectuloplasty are usually recommended to lower the eye’s pressure. Laser therapy usually takes approximately 5 minutes and has achieved excellent success rates. When patients undergo cataract surgery, they may have a simultaneous procedure called ECP to lower the eye pressure. Patients that fail these types of treatment are not as common. They may require invasive trabulectomy filtering procedures or tube shunts. The treatment for angle-closure glaucoma, or narrow-angle glaucoma, is generally initiated with laser iridotomy to open the drainage channels of the eye.

Costello Eye Physicians and Surgeons Remains OpenPer New York State Department of Health We Have Resumed Elective Surgeries. We Are Dedicated To Your Continued Care In A Safe Environment.

VISITOR POLICY: For the safety of all we are restricting all visitors with the exception of a care-giver, interpreter, or a loved one to accompany a patient that needs assistance. Otherwise, drivers or family members will be asked to wait in the car or return to pick up the patient after the appointment.

ALL PATIENTS THAT NEED TO BE SEEN WILL BE SEEN.
We have many protocols in place to protect our patients and staff. Upon entering the office, you must answer a screening questionnaire.

If you answer yes to any of these questions or have an elevated temperature, you will be asked to reschedule. 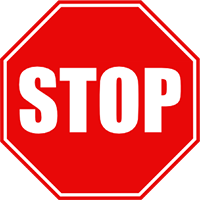 Patients in the office will be spaced out by time and the wait rooms will be mostly empty to ensure proper social distancing. All patients must wear a face mask or scarf to cover their mouth and nose when in the office.

You should also consider contacting your primary care physician for further instructions.

We appreciate your cooperation for the safety of our patients.